As we speak’s Aloha Friday Photograph was first published 10 years ago. We’ve revisited this magical photograph and story a pair different occasions and proceed to search out it outstanding.

Annie Chavez-Hollingshead took this photograph whereas watching sunrise from the summit of Haleakala when she visited Maui proper round Christmas in December 2007.

Annie advised us that it was a really chilly morning with just a few snow flurries. The summit of Haleakala is simply over 10,000 toes above sea degree, so it may be fairly chilly — particularly in winter months.

As Annie was snapping images of dawn, a person who appeared like Santa Claus caught her eye. Regardless of the chilly, this man was solely carrying a short-sleeved Hawaiian shirt, cargo shorts and sandals. Though everybody else was shivering, this man didn’t appear as if he was even remotely chilly.

With digital camera in hand, Annie wished to snap a photograph of this gentleman Actually, to get his consideration, she even referred to as, “Santa” and with out hesitation, he turned to her. As he realized she wished his photograph, he gestured that it was okay to take the shot.

Annie stated that nobody else was this Santa-looking individual aside from her and her fiend. Nobody else appeared to note him.

One more thriller about this magical encounter is that after some transient distractions, they appeared once more for this Santa, however couldn’t discover him. He appeared to vanish!

Who was this Santa-like man? The place did he go? All of it stays a thriller!

Annie additionally shared one of many pretty dawn images she captured. It’s actually particular to witness the sun rise above the clouds and Haleakala crater. In Annie’s case it was much more spectacular!

We want you and your ohana a Mele Kalikimaka! 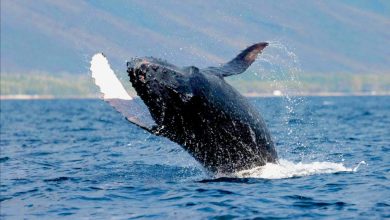 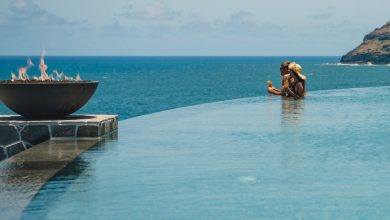 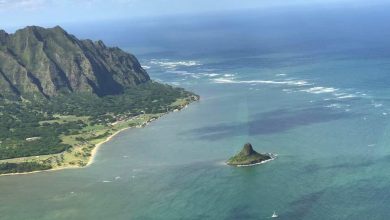 Aloha Friday Picture: A view of Mokoli’i (Chinaman’s Hat) from a helicopter tour